Frustrated? Fed up? Sick of taking a back seat to your psoriasis? Don’t stand for it anymore!

“Talking to my dermatologist made all the difference for me,” says Giselle, who started a new treatment about eight months ago and has had clear skin ever since. “Other treatments would work for a few days or a couple weeks, but then the itchy, scaly skin would come back!”

What’s worse, the frequent flares were taking a toll on her self-esteem. Even her career took a hit. “When I had visible patches, it was hard for me to talk with my co-workers or speak up in meetings!” she says.

It was when she got passed over for a promotion that Giselle realized just how much her psoriasis was holding her back.

“I realized I had to tell my dermatologist how I was really feeling,” says Giselle. “I called the office and scheduled a little extra time for a talk with the doctor.”

At your next appointment, why not take the opportunity to let your doctor know how you’re feeling? The more motivated you are to partner with your dermatologist, try different therapies and stay on top of your overall health, the better your chance of clearer, smoother skin. 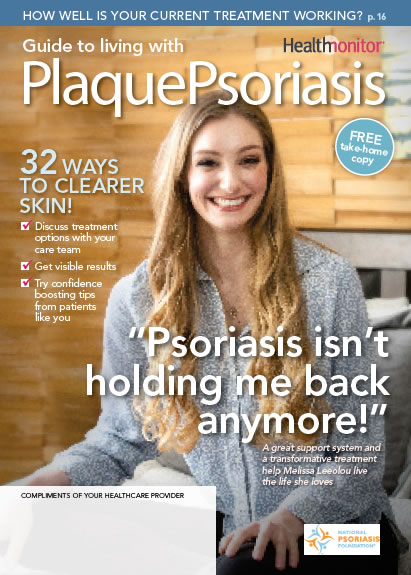